So you just bought an analog tape machine, or maybe you have worked in a studio that HAS a tape machine, but it has been sitting in a dusty corner. Regardless, you are interested in the mythical analog tape machine and what it can bring to your productions. We have found that there is a gap in the passing of the knowledge from the pre-digital recording days to today.

The care and usage of a tape machine was once required studio knowledge, and generally passed down word of mouth from one engineer to the up and coming assistant engineer. As we get generations away from the common everyday usage of tape machines, it gets increasingly more difficult to find a simple explanation of the procedures needed to take advantage of the wonderful sound a well set up tape machine. This information, is by enlarge not hard to understand (though at first can appear like some foreign language). 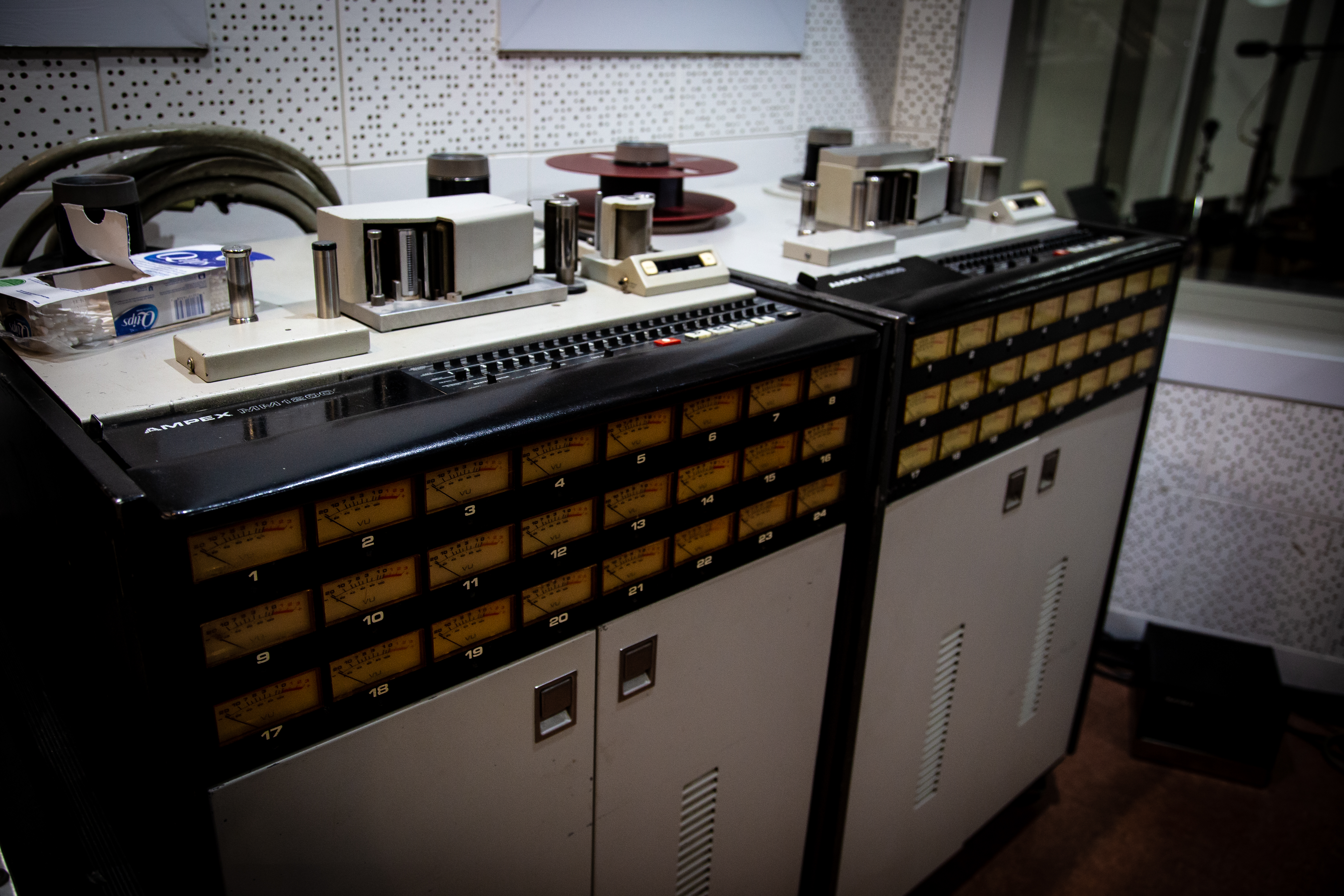 Operating Level, a history and where we are now.

Operating level simplified is a reference to “What level (how loud or soft) do you want to print the music to tape”.

Which leads to the question: Why are there different levels and how do I choose (or know) what level? This choice of range is mostly dictated by two technical factors and one artistic factor:

An analogy I like to use is, sports cars. for example a 1957 British 2 door convertible driving on old country lanes. In such a car 50 miles an hour on a short straight away can feel exhilarating. On the other hand, the same car on a 8 lane metropolitan highway with tons of 18 wheelers breathing down your neck at 70+ mph can be a stressful ride. So to get back to tape machines……all eras are cool, but you just need to operate them in the sweet spots of the machine timeframe design.

Specifically, operating level started at 185nWb and progressed to 455nWb. The earlier the machine, the closer you want to be to the lower range and the thinner tape you want to use. As machines advanced, the more they were able to put more level on tape and could also handle thicker tape stock.

3. A level of artistic choice (the above two factors govern the “sweet spots” of the playback sound and have a range of HiFi, to distorted encompassing sound profiles in-between. but it is confined to the tape machine you are using, and the tape formulations available for it.

In summary, and trying to simplify, what does this mean as far as recording music?

It is a “sound thing”, and somewhat subject-able. It is similar to finding a set and gauge of guitar strings you like. I recommend that you print different levels -0-, +3, +5, +6, +9, with one brand of tape. Print tones of course, and then music and listen to the music, hear what you like or don’t like. You will start to hear the spots where the machine sounds best. Pick one of those. Print music again this time changing the level you are hitting the tape….. find the spots that sound best to you. Change tape brands (pick a tape within the same level range of the one you liked before). Do the same as above, which brand sounds better to you?